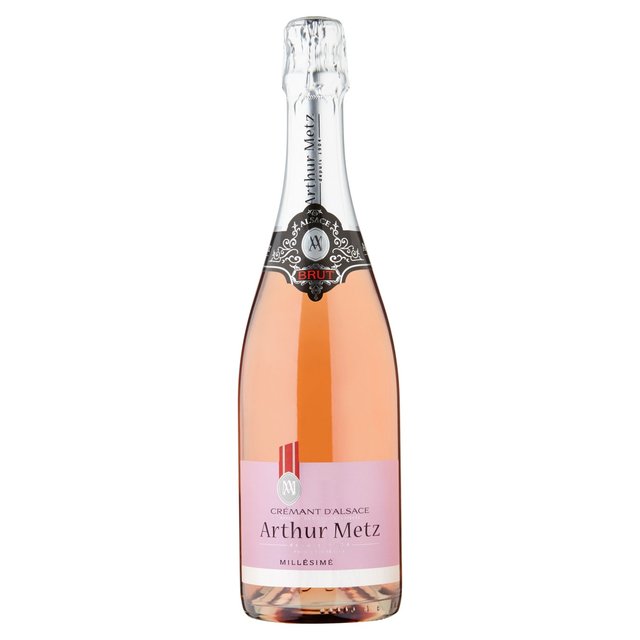 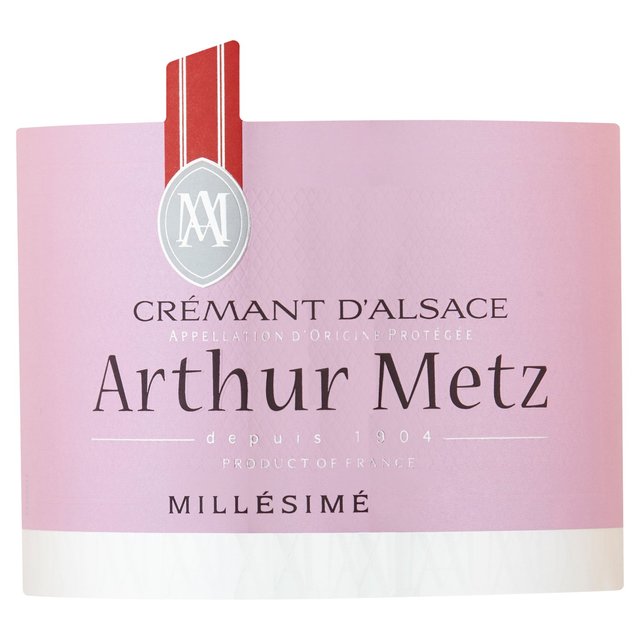 £15.29 per 75cl
This product is age restricted to 18 years or over
You'll be asked to confirm that you are over 18 on delivery.

Arthur Metz Crémant d'Alsace Brut Rosé, with a luminous pink colour and orange reflections, is the treasure of all great occasions. Lightly acid citrus notes make way for subtle red fruits flavours, on the nose and the palate. An excellent quality Crémant to enjoy as an aperitif, at cocktail parties and receptions.
Wine of France

An excellent quality Crémant to enjoy as an aperitif, at cocktail parties and receptions

Glittering with a peachy pink colour, Its expressive and fine nose displays strawberry and red berry jam notes, found as well on the palate. Round and creamy, it offers a beautiful length and harmonious balance.

The House of Arthur Metz is ideally located to the north of the picturesque Alsace wine route which represents the backbone of Alsatian wine country. Arthur Metz is a major player in Alsace wine and the leading producer of Crémant d'Alsace Sparkling wine.

The vineyards stretch across two Départements, between Les Vosges and the plain of Alsace, from Marlenheim in the north to Thann in the south, reaching
120 km in length and 4 km in width.

At harvest time, we process the grapes for the crémant, like the other white cuvees. We add a yeast preparation and sugar to the wine, which provokes a second alcoholic fermentation in the bottle. The carbon dioxide formed dissolves in the wine. This gas, formed naturally, will generate the effervescence of the crémant. We store the bottles on laths between 18 and 24 months. This ageing enables our crémant to enrich from its lies and increases its aromatic complexity