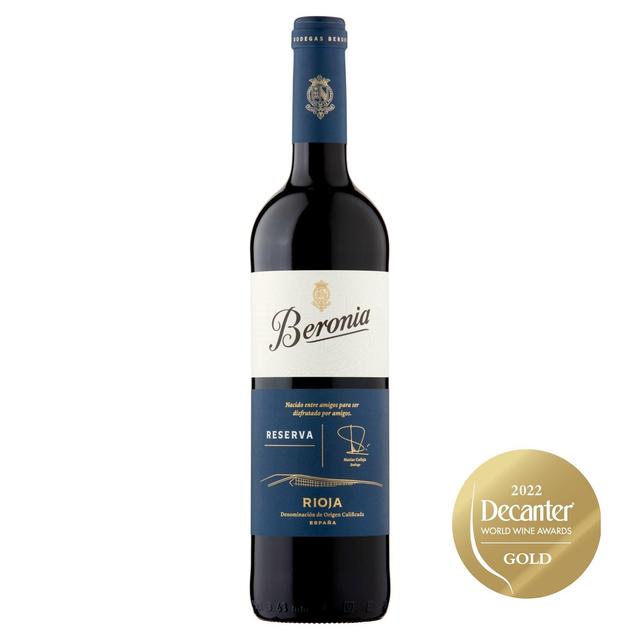 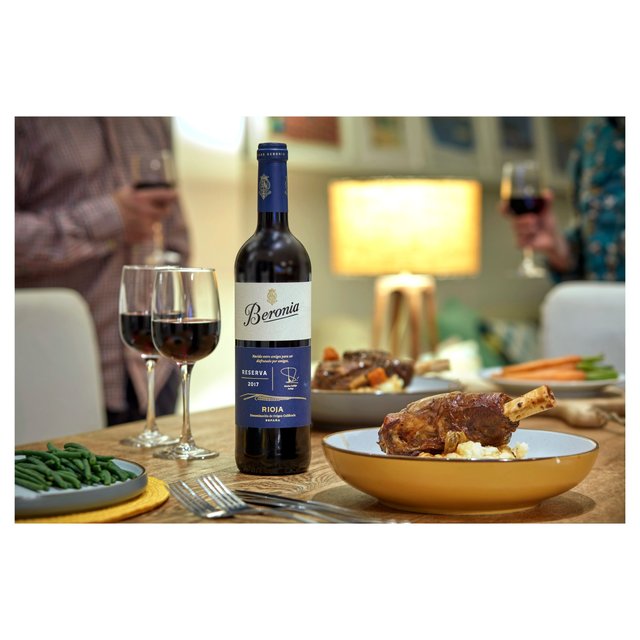 Matured in French and American oak barrels, and in bottle, for a minimum of 3 years. Intense flavours of black fruits, liquorice, chocolate and cloves with a touch of minerality.
Wine of Spain

The classic partner for lamb and red meat dishes

Beronia is named after the Berones, a Celtic tribe who inhabited La Rioja in the 3rd Century BC. The winery was founded in 1973 by a group of local businessmen whose great love of food and wine attracted them to the idea of producing their own Rioja.

Bodegas Beronia is situated in Ollauri, the heart of Rioja Alta. To the North the Cantabria Mountain range and to the South the Demanda Mountain range, a unique area for the production of high quality wines. The influence of the Atlantic and the minerals from the Ebro river convert this area into a privileged area for the cultivation of the vine. In addition the diversity of the soils gives a great complexity and marked character to the wines

Fermentation takes place in stainless steel tanks before the wine is transferred to barrels, where it spends a minimum of 18 months. The barrels are young, with American oak bodies and French oak ends, giving great character and flavour to the wine. After bottling, the wine is aged for a further 18 months before release.

We like this wine and will buy it again. Good price for a medium-bodied wine,

Opened with friends, it was embarrassingly bad, especially given the price.

When on offer this is the best value wine around.

This is a good Rioja Reserva - tastes as it should. Surprised someone gave it 2 stars - they clearly are not a Rioja Reserva drinker.

limited flavour and not that good at that

Best Rioja Ive ever had!!