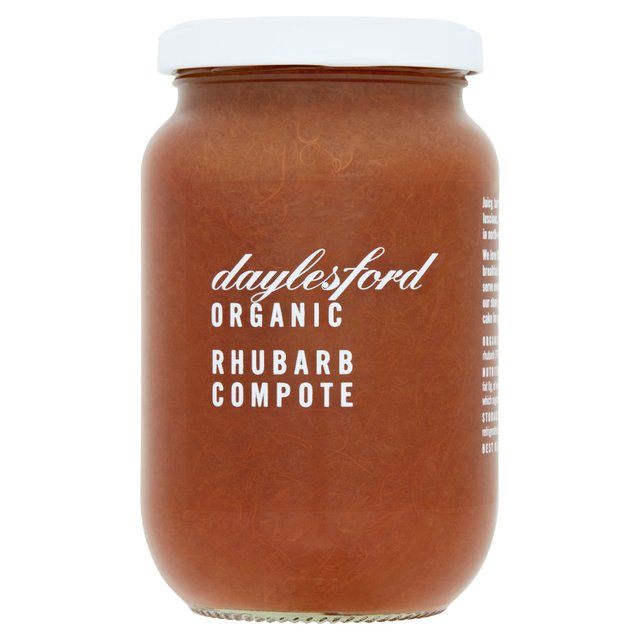 I LOVE rhubarb and couldn't wait to try this compote. However, I was very sadly disappointed. It doesn't taste of anything! It has a short life of just one week after opening but that wasn't a problem to me as it went in the bin after the first few mouthfuls. Expensive and wouldn't buy again.

We really enjoy this. Great compote with a nice texture

Not nice at all!

Like eating stringy sugary nothingness. No detectable rhubarb taste and a really awful texture. Had to force myself to finish the teaspoonful I took to taste it. Shame as I love rhubarb - and with two ingredients how can it go this wrong!! Bad batch? Out of season? Lord knows.

I love this compote - as others have said, it's not too sweet, and retains a really strong rhubarb flavour. It's much thicker and has a riper flavour compared with the Bonne Maman, which is thinner and greener. You might like both if you like rhubarb, but I've found the Daylesford compote better for mixing with yogurt as it's less watery. One thing to know - it does include the occasional woody strand of rhubarb. I don't mind that as it reminds me I'm getting the fibre I need! But it's not a smooth puree.

Perfect for adding to porridge or rice pudding. Taste of rhubarb (as it should) but not artificially and it isn't too sweet. Love it

This compote did not taste like rhubarb and had a revolting flavour. Really disappointing.