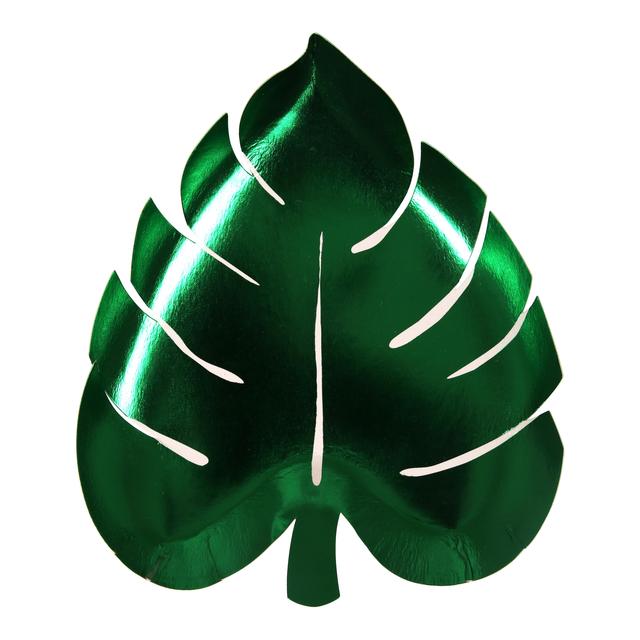 Perfect for a summer celebration, this party plate is styled like a palm leaf and finished with shiny green foil.

It began in Los Angeles, 1985 . . . Meredithe (who's childhood nickname was Meri Meri) sitting at her kitchen table . . . some scissors and pens, a BIG pot of glitter. Our first cards were made that way. These days Meredithe heads a studio of twenty designers and artworkers and Meri Meri products are sold all over the world. Life is a little busier than it used to be. We're working on lots of new projects, from our traditional cards and invitations , Bakeware, Gifts, Partyware, Homeware and so much more!