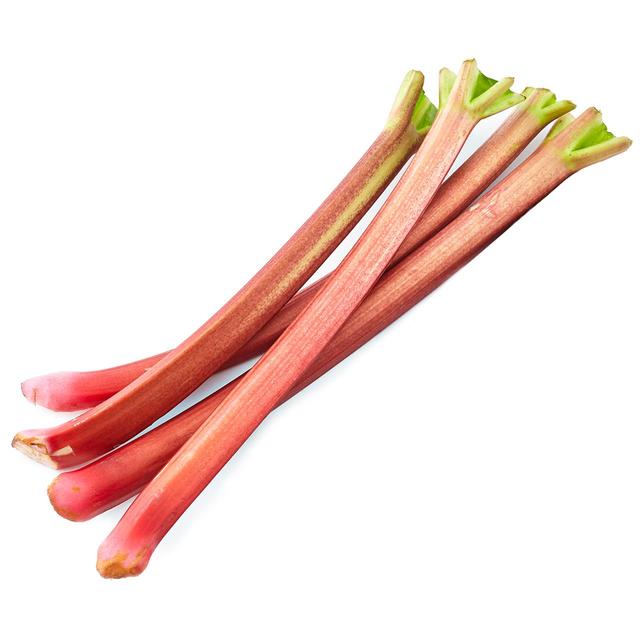 - We¿re sourcing Forced Rhubarb direct from the fourth generation of a rhubarb-growing family.

- Their forcing sheds sit in the Rhubarb Triangle, a nine-square mile area of Yorkshire renowned for its cold, damp climate and nitrogen-rich soil - the ideal growing conditions for rhubarb.

- They are the only rhubarb producer to be using pre-war crowns.

- This exclusivity on crowns gives them the same varietal control as growers who save their own seeds - other examples of forced Rhubarb from within the Triangle won¿t come close to the appearance and flavour of their crop.

- Hand-harvested by candlelight, we start the season with Harbinger variety, known for its elongated, fibreless stalks and deep gradient of colour.

- Due to demand, there may be points in the season when we source from other growers within the Rhubarb Triangle.

- Poached with ginger, served with pannacotta.

Suitable for vegetarians and vegans

Bought this product a two weeks ago and it was just lovely - just opened the pack to make a dessert for Sunday lunch and the rhubarb is just a brown, slimy mess - even though the pack is in the use by date.

Have been buying this every week for the last 4 weeks while in season and it has been wonderful. We just stew with Bramley apples to make a lovely pink compote for deserts and on porridge. Tender and worth making the most of while at its best.

I love Natoora products but they are too variable. Last time I ordered this I received young, tender, pink stems. This time just 2 very thick, woody stalks.

Found this to be excellent. I stewed it straight away and it was lovely.

One stalk was rock hard but the rest were good

Second time buying this and one day before it's use-by dating half the sticks have rotted. Won't be buying this rhubarb again.