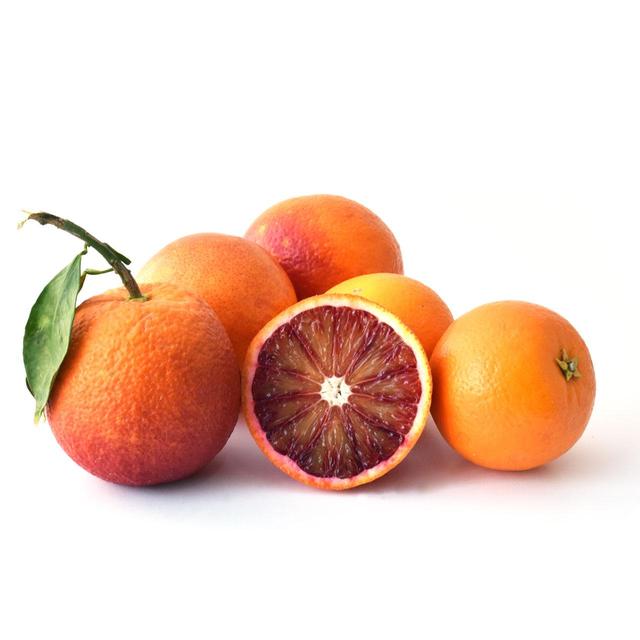 - A seasonal selection of orange varieties, straight from known growers in Sicily and Spain. Mild winter temperatures in the Mediterranean region allow the trees to build a naturally high concentration of sugar, resulting in pronounced, complex flavour.

- Grown without any chemical sprays or treatments, these juicy oranges are picked by hand at full maturity and left unwaxed to maximise on the powerful, aromatic oils in their skin.

- Blood Oranges: Moro, Sanguinello and Tarocco varieties from Carmelo, an independent grower in Sicily. Distinct berry flavour and deep colouration, down to a high concentration of anthocyanin, the same antioxidant that tints purple grapes.

- Fragolina: a light blush variety of Sanguinello, grown by Carmelo in Sicily. Named for their distinct berry flavour.

- Spanish Selection: Juicy oranges straight from a family farm in Seville. Over the course of the season the varieties will vary, starting with Navelina in October through Salustiana, Lane Late and Navel Powel.

- Segmented, tossed with ricotta and radicchio.

Product life guaranteed for 1 days excluding delivery day, with an average of 2 days.

Delicious, very sweet and incredibly juicy. Half were blood oranges and half normal

These were nothing special. Six small oranges, and not the best quality either. Very poor value for money.

These oranges are packed with juice and flavour. They look great in the fruit bowl as well - all different colours and speckles.