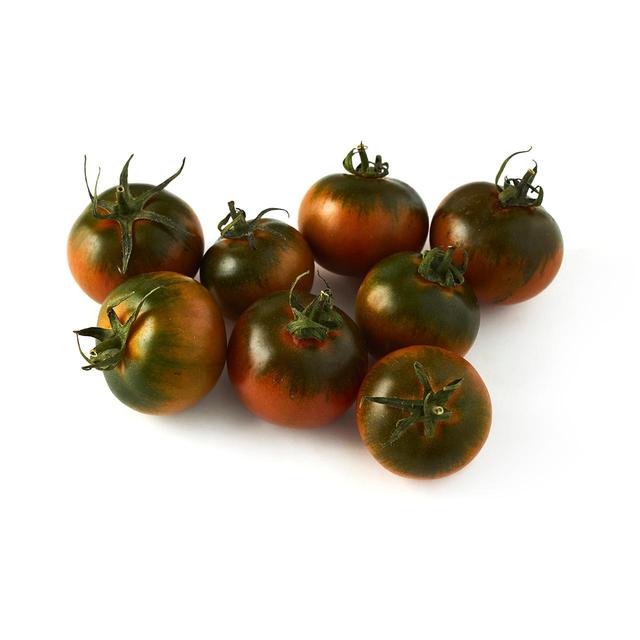 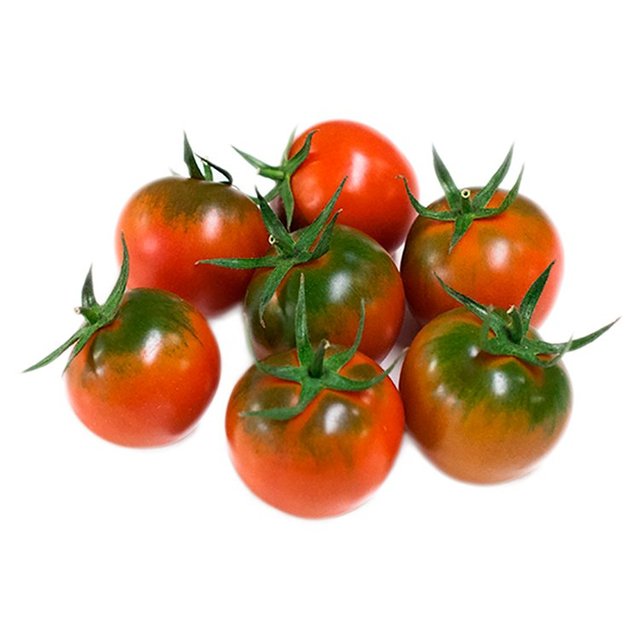 - Camone are a variety of tomato that only reach their full potential in winter, when the stress of the cold makes the plants work harder.

- Grown on the coast of Sardinia, the plants are put under even greater duress by the salinity of their environment. Using a finely-tuned balance of rainfall and seawater, the growers irrigate the plants just enough to keep them alive.

- Ripening slowly from the inside out, their skins remain firm and streaked with green. However, their flavour is fully developed, balancing the bright acidity of their seeds with the distinct umami sweetness of their crunchy flesh.

- We dub them `Winter Tomatoes,¿ bringing together these outstanding varieties under one name as they share a similar flavour profile and must be sown in winter.

- In season only from the end of December to early May, the flavour of winter tomatoes cannot be replicated at any other time of year.

Our packaging is plastic-free

- We have developed our own revolutionary packaging which is entirely plastic-free and home disposable. Each of our recyclable cardboard punnets is flow-wrapped with home-compostable film which, unlike traditional plastic flow-wrap, disintegrates within 180 days. Dispose of the black punnet in your normal recycling and the clear film in your food waste bin.

- Each punnet bears the `Plastic Free¿ mark of A Plastic Planet, a grassroots movement which aims to turn off the plastic tap.

Very nice tomatoes, the only thing I don't like is the high price.

Was this helpful?
15 February 2020 by Hereslenny

Soft wrinkled fruits not happy when paying good money for them.

My usual tomatoes were out of stock, so I gave these a go. Was a bit worried as they are pretty expensive. But they're gorgeous. At £4.99 for 6 tomatoes, not sure I'd buy them every week. Will def buy again.

They taste like real tomatoes, but too green or underripe for immediate use, in my opinion. Really lovely product though, shame it is transported so green.

These were firm and stayed so for a week in the fridge. They were slightly green which added to the sharp sweet flavour which modern tomatoes rarely seem to have. They were enjoyed in sandwiches, a salad and grilled and each time were delicious.

These were absolutely delicious - firm, gorgeous colouring and with a slightly sharp flavour that youd expect at this time of year. Natoora can be hit and miss but these were exactly why I keep buying.