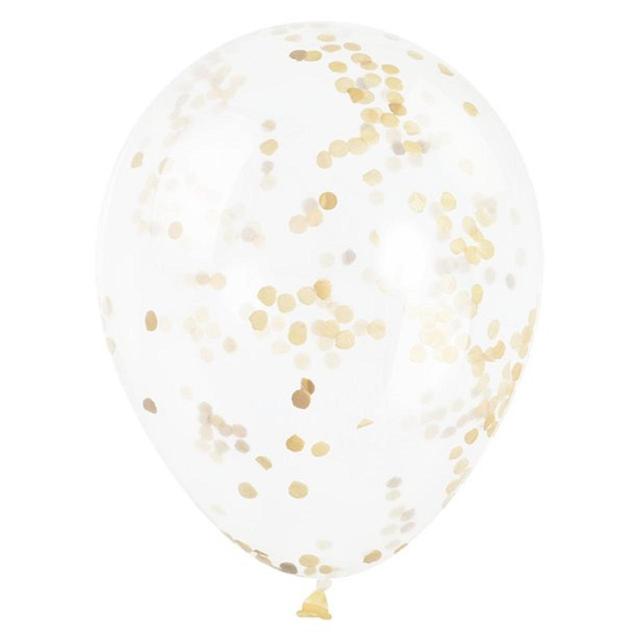 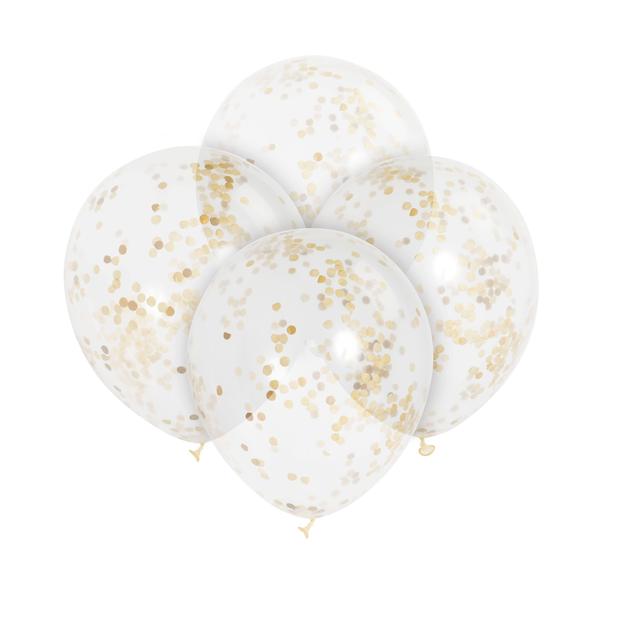 Buy any 3 the cheapest item will be free. Order by 21/01/2020, offer subject to availability. Maximum 20 promotional items per customer.

Turn ordinary balloons into impressive party decorations with these eye-catching Gold Confetti Balloons. Whether it be for a wedding, Christmas party, golden wedding anniversary or 50th birthday party, these balloons are sure to turn heads. Giving a fresh take to a decorating staple, these clear latex balloons come with a packet of confetti that adds festive shimmer to them once they're inflated. Simply assemble the included funnel to pour a pinch of confetti into each balloon before it's blown up. Then, inflate with air or helium, and rub balloons on a carpeted surface to get confetti to stick to the sides. Let these confetti-filled balloons float to the ceiling, tie them with tasselled string for extra flair, or bunch them together to create a dazzling table centrepiece or balloon bouquet.

• Come with 0.5oz of confetti and a small funnel (assembly required)

Please note: Helium in a latex balloon will have a limited life span of up to 7 hours, inflation should be done as close to the event as possible. This life span may change in direct sunlight

Do not buy them!

The gold confetti is actually a bag of beige paper circles, with a cardboard funnel through which the confetti does not fit. The balloons pop because they are very thin. Ended up with only 4 balloons with a bit of paper in each one and a lot of mess.