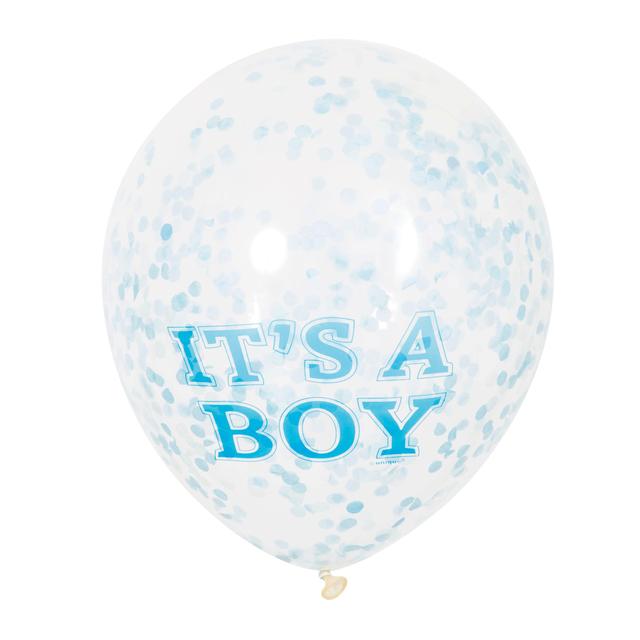 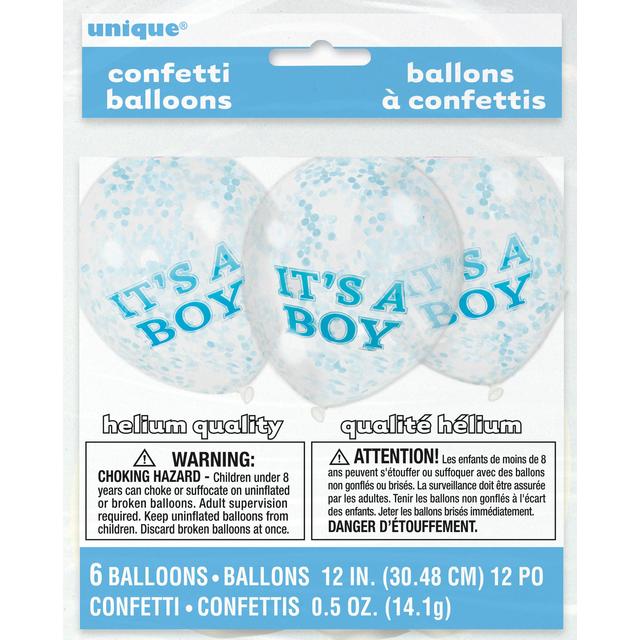 Announce your good news in style by decorating with these It's A Boy Blue Confetti Balloons. Featuring bubbly ""It's A Boy"" text and a small packet of confetti pieces, these latex balloons will make a charming addition to your boy's baby shower or gender reveal party. First, sprinkle some confetti into each of these balloons using the provided funnel. Then, once they're inflated, rub them on a carpeted surface to make the confetti pieces inside spread about. These baby shower balloons will look wonderful when combined together into a balloon bouquet. Alternatively, inflate them all with helium and put them in a box for a big reveal at the party!

• Pack of 6 It's A Boy Blue Confetti Balloons

• Ideal for a boy baby shower or gender reveal party

• Come with 0.5oz of confetti and a small funnel (assembly required)

Please note: Helium in a latex balloon will have a limited life span of up to 7 hours, inflation should be done as close to the event as possible. This life span may change in direct sunlight