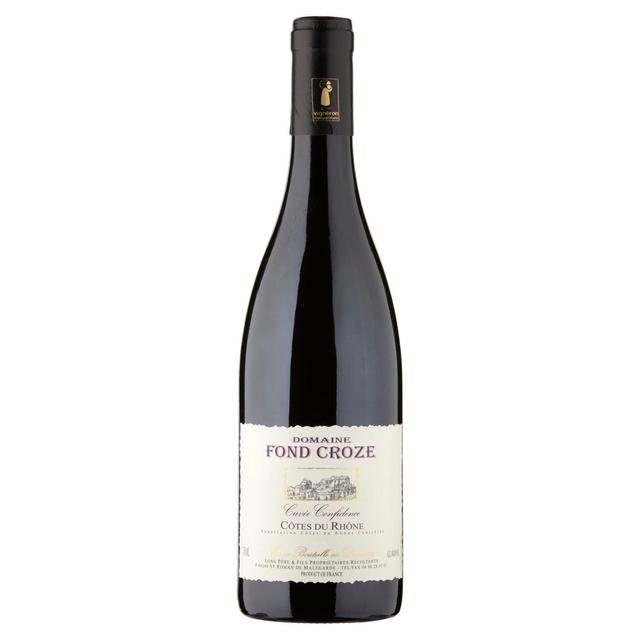 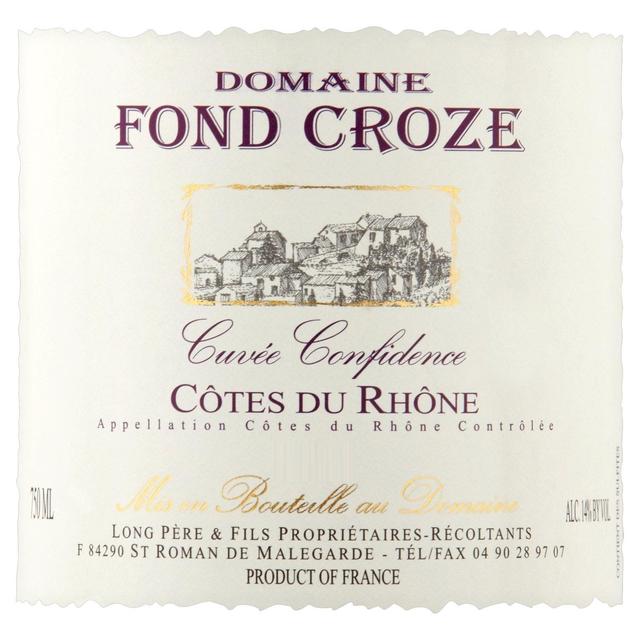 A brilliant dark garnet colour with purple highlights, a wine with good aromatic complexity. Notes of black fruits emerge once aired along with blackberry and blackcurrant. Soft and silky tanins with a spicy finish.

Domaine Fond Croze occupies an area of 64 hectares, the average of the vine is 35 years.The vineyard covers towns: Saint Roman de Malegarde, Rasteau
Tulette, Buisson and Suze la Rousse. The hillside slopes are made up of stoney red soil which extend downalong the pebble banks of the river Aygues.

Harvested after maturity control. Winemaking with traditional and long use of techniques to extract maximum colour and materials. Ageing: In traditional tank.